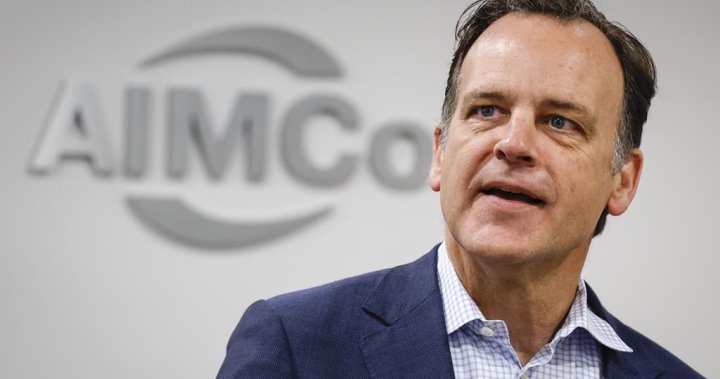 The CEO of Alberta Investment Management Corp. (AIMCo) says divesting from fossil fuels is the opposite of what pension funds should be doing to help solve the climate crisis.

Ivan Siddall, one of Canada’s biggest institutional investors — with $168.3 billion in assets under management at the end of last year — said in an interview that AIMCo wants to be a leader in financing the low-carbon economy. , but it won’t do it by divesting itself from fossil fuels, as some global pension funds have done.

Instead, AIMCo will explore opportunities to invest in oil and gas companies and other heavy industrial emitters, Siddall said.

“We don’t believe in (divestment) as a strategy at all,” Siddall said.

“The energy sector is the sector that invests the most in this area (of emissions reduction), and it stands to lose the most. So we think it deserves our support and we will invest here. And we think the returns are here too.

Siddall made the comments at a ribbon-cutting ceremony in Calgary on Wednesday to mark the opening of AIMCo’s new office in that city. Until now, AIMCo – responsible for pension, endowment and public fund investments in Alberta and headquartered in Edmonton – had secondary offices in Toronto, London, the UK and Luxembourg.

Siddall — who has been AIMCo’s chief executive for just over a year and was previously CEO of the Canada Mortgage and Housing Commission — is also considering opening offices in Asia and possibly New York as it seeks to become more globally focused over the next two years. years

But he said there is no denying the importance of the Canadian energy sector right now and moving forward as global efforts accelerate to decarbonize economies and keep the climate change trajectory below the dangerous tipping point of 1.5 degrees Celsius of warming.

“We (AIMCo) were absent from the Calgary oil and gas and energy hub, which probably gave us less information than we could have done,” Siddall said.

While environmental groups argue that asking banks, pension funds and investors to cut funding to the fossil fuel industry is one of the best ways to make progress on climate change, Siddall said it is misguided.

In order for Canada to adhere to its Paris climate agreement, it must not only invest in renewable, zero-emission energy, but also help major emitters reduce their greenhouse gas footprints, or go “from gray to green,” he said.

“That means investing in oil and gas companies. It actually means supporting them,” Siddall said.

AIMCo already has $3.2 billion invested in carbon or low-carbon assets through its infrastructure and renewable resources portfolio. The corporation also completed its initial “green bond” issuance last year through its AIMCo realty arm.

But Siddall said that in the coming year, AIMCo will explore opportunities for its clients to profit from the transition to a low-carbon economy by providing capital to large emitters working on their own net-zero plans.

“The initial sectors we are looking at are the energy sector, the power and utilities sector, industrial emissions in general,” he said.

“We see the potential for strong financial returns. We are long-term investors, so unlike public markets that operate quarterly with very short-term horizons, we can see the transition to 2030 and see a way to generate returns on decarbonisation.

2:36
Will Ottawa invest in a massive de-carbonisation plan?

Will Ottawa invest in a massive de-carbonisation plan? – September 3, 2022

In recent months, the Canadian oil and gas sector has released announcements of proposed projects, from hydrogen plants to renewable diesel facilities to carbon capture and storage, aimed at lowering the industry’s emissions profile.

The largest of these is a massive project proposed by the oilsands consortium Pathways Alliance, which aims to capture CO2 emissions from oilsands facilities and transport them to a storage facility near Cold Lake, Alta., which would provide emissions reductions of 10 million tons per year.

On Tuesday, Lindsay Patrick – ESG and strategic initiatives for RBC Capital Markets – said in an interview in Calgary that instruments like green bonds are not only used to boost green technology, but also have growing recognition in the financial sector. , but to help clean up more traditional industries.

“It’s a new idea to support companies that are not 100 percent green, but have specific projects aligned with the 1.5 degree scenario,” Patrick said.

However, Greenpeace senior energy strategist Keith Stewart said Tuesday that as the Canadian oil and gas sector still plans to increase the overall volume of fossil fuels, companies are not financing specific climate-friendly projects. Production in the long run.

“When you’re providing this kind of blanket finance to these companies, you’re funding the good things as well as the bad things,” Stewart said.