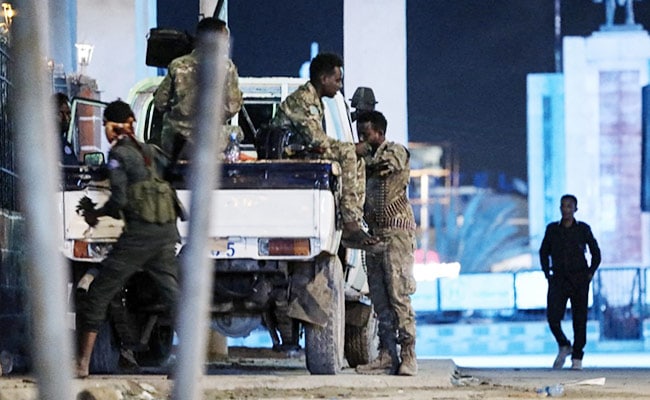 Puber Kalam Webdesk: Terrible terrorist attack on a hotel in Mogadishu, the capital of Somalia. At least 11 dead. The terrorist group Al-Shabaab is said to have carried out the attack. According to reports from international news agencies such as New York Times, BBC, the shooting continues.

The sound of one explosion after another comes from outside the hotel. The terrorists have held many hostages in the hotel. The Al Shabaab terrorist group has already claimed responsibility for the attack. The organization operates as al-Qaeda in West Africa. Somali President Hassan Sheikh Mahamoud strongly condemned the incident.

The group reportedly attacked the elite Hyatt hotel located on the outskirts of Somalia’s capital, Mogadishu. They entered the hotel with a car packed with explosives and carried out a suicide attack. As a result, at least 11 deaths have been reported so far.

Maj. Hasan Dahir of the Somali police said security guards are still fighting with the group. Mogadishu’s intelligence chief, Muhdin Mahamed, was also injured in the attack, he said.

Meanwhile, 13 al-Shabaab members were killed in a US airstrike in Somalia last Sunday. A group of analysts believe that the organization attacked the hotel in Mogadishu in revenge for that attack. US President Joe Biden sent troops to Somalia last May at the request of the local government to curb the Islamic organization Al-Shabaab.

Life of girl spoiled, Parbhani shook again; Uncle son lures girl for marriage, what happened next is shocking – in parbhani the uncle...