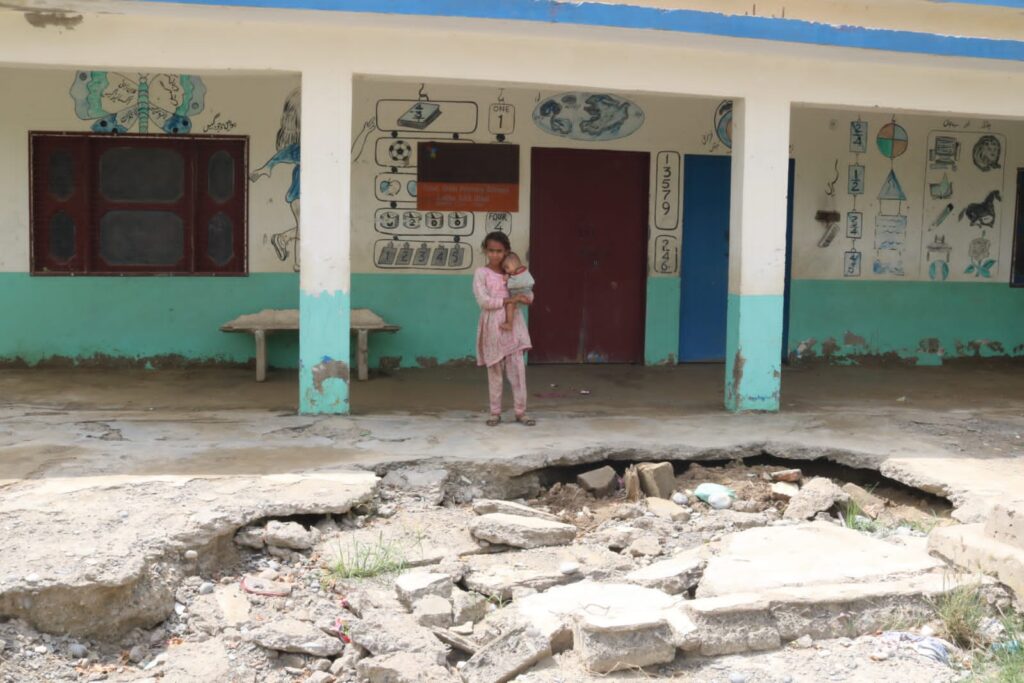 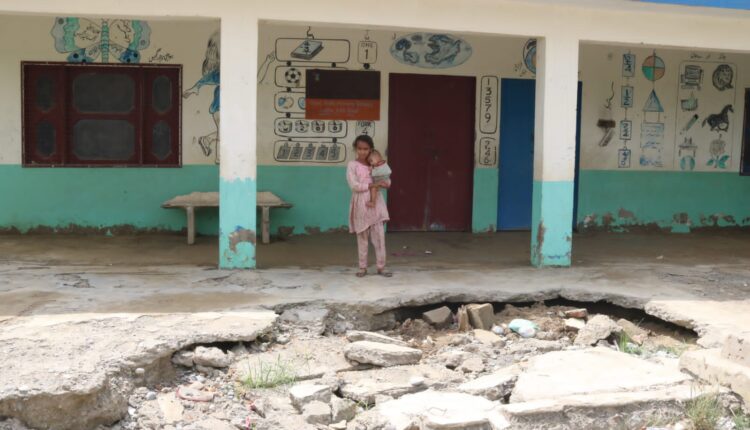 
Bibi Naheeda says that “2-room schools are deprived of basic facilities like water, electricity, gas. There is a washroom in the school, but it is closed due to lack of water, whether it is hot or cold, the students face problems. The windows of the school is broken. Due to the rains, the school especially the rooms have been damaged due to which children including me are taking classes under the shadow of fear.
According to the report of the real-time school monitoring system of the Department of Education, the Department of Education is conducting a survey of the affected schools with the support of UNICEF, according to which a survey of 6 thousand 69 schools was conducted, in which 4 thousand 186 schools have been affected. Safe, some classes of 8% schools are safe. In these affected schools, 2 thousand 279 boys schools, 11 hundred 30 girls schools, while 174 schools have education. These schools include 2659 primary, 477 middle and 405 high schools where the education of 3 lakh 86 thousand 700 students will be affected.
45-year-old Aman Mashwani is a resident of village Muhammad Khel. Due to non-existence, the number of schools is decreasing day by day.
He says that in the last two to three years, the number of schools has reduced from 200 to 70. At the beginning of the year, 90 students had applied for admission, but due to the lack of books and other facilities, this number has been reduced to 65. Why could not provide.
Due to the recent monsoon rains affecting the schools, hundreds of students of Panjapai are facing difficulties in getting education.
Member Provincial Assembly Shahina Kakar says that the nations that have developed have gone ahead by making education the first priority. Balochistan is backward in terms of education. Ensure construction and repair at the earliest opportunity.
UNICEF’s education manager in Balochistan, Palusha Jalalzai, said that under the Balochistan Education Flood Response 2022, an assessment of 9136 out of 15082 schools across the province has been done by September 20, 2022, out of which 1137 schools have been severely or partially damaged. At the moment, UNICEF teams are present in the flood-affected areas and are working with the Department of Education and District Administration to provide education to 1401 boys and 1501 girls in 43 temporary learning centers. , making drainage possible from 23 schools.
Education Secretary Abdul Rauf Baloch said that we have directed all concerned district education officers to assess the damage and prepare a comprehensive report on the impact on the damaged schools and the education of the students. A comprehensive report on the affected schools will be submitted to the Balochistan government so that measures can be taken for its construction and repair. In order to continue the education of the children studying in the affected schools, alternative schools have been started with the support of UNICEF, while the projects under the education department will also focus on the flood affected schools.
Secretary Secondary Education Abdul Rauf Baloch says that the government of Balochistan is determined to tackle several challenges in the education sector, in which serious steps are being taken to provide access to education for all and to meet other important educational needs. In this emergency situation, we need to work more diligently and every positive initiative will be appreciated so that the journey of education and construction can continue equally.
Abdul Rauf Baloch says that the further improvement of literacy among students at the primary level in Balochistan has focused specifically on the increase in the creativity of the teaching staff, improvement of the curriculum and content, gender diversity and better education in the classroom, teachers and parents. Steps are being taken in the school management committee, including better coordination, to increase the enrollment rate of children and to convince them not to drop out of school.