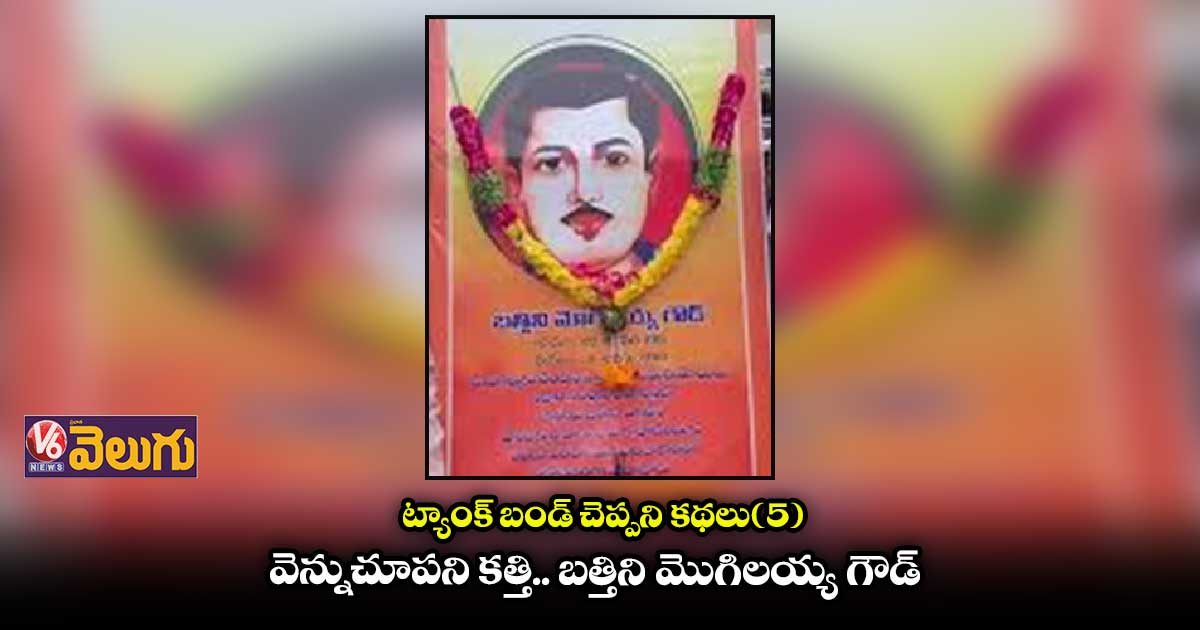 If the common man, who has borne the burden for generations, suddenly turns around..
If you strongly want independence..
Six feet form of that desire.. Battini Mogilaya Goud

Mogilaya was born on Orugallu land in 1918,19-19. Mogiliah is the youngest of the five children of Chennamma and Mallaiah. He learned movement lessons in Qila Warangal along with Kallu Geeta from his childhood. A person with independent feelings who resists bigotry. Joined the Arya society and moved against the aristocracy. On August 11, 1946, the slogan of Vande Matara was heard all over the country. All the Indians are flying three-moon flags in a sign that the British rule is going away. There was a ban on tricolor flags in Nizam’s kingdom. To hoist the flag here in those days was to wish for death. However, some Congress leaders along with Mogiliah Anna Ramaswamy, Bhupathi Krishnamurthy bravely hoisted the flag at Warangal Fort. Vande Mataram and Bharat Mataki Jai were chanted.

After the flag salute, all the Congress leaders went to Ramaswamy’s house to drink chai. Knowing this, 200 Rajakars surrounded the house. They started pelting stones from outside. With this, Bhupathi Krishnamurthy took everyone inside the house and put a bed at the door of the compound. He started a counter attack by throwing stones at them. Mogilaya, who was near the farm, came to know about the attack. He immediately went home. He jumped on the Rajakars with the sword in the roof. Even though there were hundreds of them, he was not afraid and massacred whoever he found.

Tens of Rajakars were killed. Most of the rest fled if they survived. The fugitives came to Mogilaya without taking a few others. Mogilaya didn’t stop saying that the time had passed. He did not even think of saving lives. He swung his sword tirelessly and slaughtered a second time. Razakars had to flee again. This time, heavy forces were called as they would be ashamed if they knew that they had been beaten to death at the hands of one person. They attacked Mogilaya for the third time. Mogilaya, who still did not show his heel, bravely stood in front of the gate of Qila Warangal Fort. He was not afraid to see hundreds of Razakars. The fight continued. Mogilaya fell to the ground while fighting as so many people surrounded him at once and attacked him with swords and brooms.

Bhupathi Krishnamurthy was an eyewitness to the Mogilaya adventure. Mogiliah Goud was 28 years old when he died fighting as a lone warrior. His wife Lacchamma was fifteen days pregnant. All the Congress leaders in Ramaswamy’s house would have died if Mogilaya had not been stabbed that day. Mogilaiah became a new hero in the history of Orugallu by saving the lives of all with the fight of one. During the armed struggle under the leadership of the Communists, the Mogiliah sacrifice created an extremist faction in the Congress as well. He wrote Veeramaran as a Kaloji poem. Mogiliah Goud, who stood out in the Veeratelangana struggle, did not get due respect. At that time Mogilaya Hall was built in the heart of Orugallu, but no attempt was made to pass on his story to later generations. The warrior who fought for the self-respect of our land did not get a yard on the tank bund in our state.

Andhra Pradesh: The child who was supposed to be in the womb was left in the bushes. Newborn Baby Baby Found At Bushes...