BC’s health care crisis is unrelenting. What should be done to fix it?TAZAA News 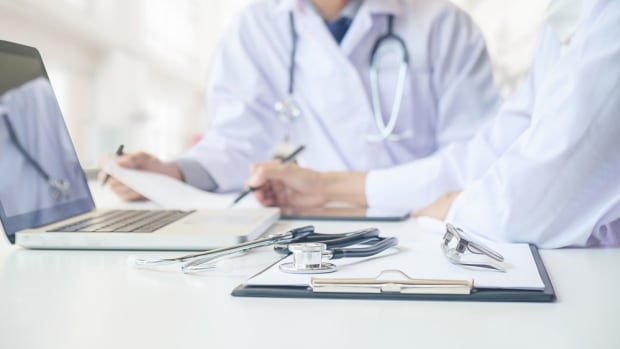 The situation is critical A series from CBC British Columbia about the barriers people face in accessing timely and appropriate health care in this province.

At that time she was diagnosed with breast cancer.

While she is currently undergoing treatment, she worries about what will happen after that treatment ends, especially if the cancer returns.

“I will be released even if I am not [general practitioner]. That really worries me.”

Her story dates back to BC

It’s estimated that one in five — nearly a million — British Columbians don’t have a family doctor, and that’s just the tip of the iceberg when it comes to BC’s health care crisis. Wait times for emergency and specialty care continue to increase, and the lack of paramedics has serious, sometimes fatal, consequences.

Allan Greenwood’s sister, Laurie Williams, suffered a stroke last month and waited an hour for an ambulance, despite living just minutes from a hospital in New Westminster.

She is now partially paralyzed and Greenwood worries about her future.

Michael Mort, 82, who suffers from heart and neurological conditions, suddenly found himself without a doctor after retiring in Victoria last year. His wife, Janet Mort, went to place an ad in the local newspaper looking for a care provider. Fortunately for Mort, it worked.

“That’s all I can think of [to] Go public. Surely, there is a kind doctor out there who will hear my plea and squeeze him in as another patient,” says Janet Mort.

All this, as the COVID-19 pandemic continues and the toxic drug crisis claims hundreds of lives every month.

Some blame the province’s fee-for-service model, others say, for putting too much pressure on health care providers.

“I don’t think there’s an easy answer,” said emergency and family physician Cara Perdue. Purdue operates in Clearwater, BC, where the emergency room has been closed several times in recent months due to staffing issues.

She wants decision-makers, such as provincial and federal ministers and local health officials, to talk directly to health care staff about the problems they see in order to come up with a plan.

In addition, she said, funding for other types of health care, such as mental health support and seniors programs, would relieve pressure on primary and emergency health providers.

“I think there’s been some change in the job expectations of nurses and doctors compared to what it was 10 years ago, 20 years ago,” she said.

“Most people who enter any profession don’t feel adequately prepared from their schooling.”

On Tuesday, September 20, CBC Vancouver will host a town hall to discuss the crisis and what can be done to help alleviate the situation.

The town hall begins at 6 pm PT and runs until 7 pm PT.

You can listen to the town hall on CBC Radio One in the province, watch it on CBC TV and stream the town hall live on CBC Gem, YouTube, Facebook and cbc.ca/bc. Email your questions for panellists to [email protected]