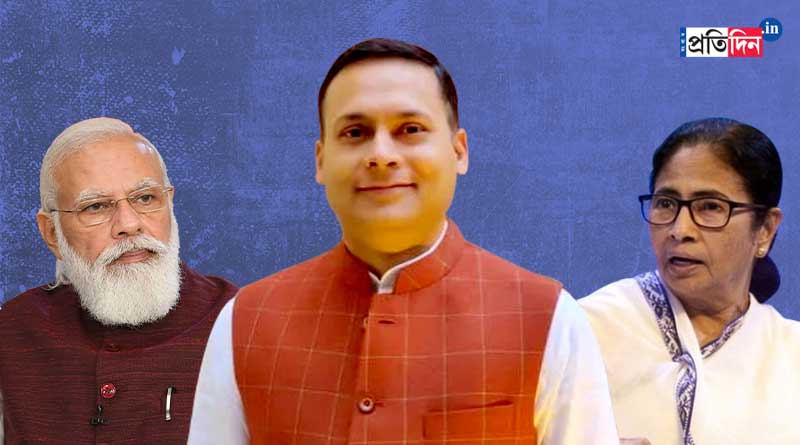 Daily digital news desk: BJP responded to Chief Minister Mamata Banerjee’s comments about ED-CBI’s overactivity. On Monday in the state assembly, the prime minister said in a motion condemning the hyperactivity of the ED-CBI that he does not believe that Prime Minister Narendra Modi is behind the hyperactivity of the ED-CBI. Instead, without naming names, Mamata pointed an accusing finger at Interior Minister Amit Shah. In response to him, BJP said that no BJP leader, let alone the Prime Minister, needs to get any certificate from Mamata Banerjee.

Chief Minister Mamata Banerjee said yesterday while standing in the Assembly: “Now the IWC is no longer in the hands of the Prime Minister’s Office.” It is now under the control of the Union Home Office. I believe that the Prime Minister has nothing to do with this investigation by the Central Investigation Agency. Rather, the BJP leaders have their hands.” In response to the Chief Minister’s comments, BJP spokesman Amit Malvya tweeted that day: “Not even the Prime Minister, no one in the BJP needs to get a certificate from Mamata. His entire government, senior ministers and close family are all under the central agency scanner. And that’s by court order. You have to take responsibility for this loot.”

Not only the BJP, the Left-Congress has also been moved by this ‘soft’ tone of the Chief Minister towards the Prime Minister. The opposition has repeatedly complained about Mamata Banerjee’s relationship with the prime minister. Following the Chief Minister’s speech on Monday, the leaders of the Left Congress (Congress) have once again raised their weapons of that denunciation. As Mohammad Salim says: “When in danger, the tone of the Chief Minister is ‘Dada Paye Padi Re’. Sometimes giving certificates to Mohan Bhagwat, sometimes praising Modi. Then praise Amit Shah.”

Adhir Ranjan Chowdhury, President of the Pradesh Congress, also echoed the same tone. He says: “Mamata will praise Narendra Modi, there is nothing new in this.” We have been saying for a long time that the Didi-Modi relationship is very old. What we have been saying for a long time is being proven today. They are set in Delhi. The people of Bengal are just being cheated.” Although Trinamool’s statement, the Chief Minister is right. The central agencies are not controlled by the Prime Minister. It is controlled by the Ministry of the Interior.