Bolpur Child Death: Ruby had no tears as she spoke the words. She was speaking very casually. However, one thing to note is that the police still have no information on who Sanjeev is. 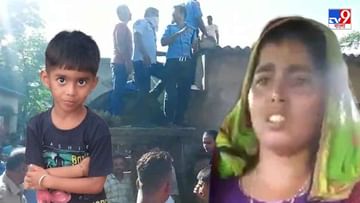 As he was being led away in a police car after his arrest, a man asked him, ‘Why Marley?’ Ruby Bibi says, ‘Sanjeev brought the boy to me.’ She was then asked again: ‘What was the point of killing what Sanjeev had brought?’ The police officer sitting next to her asked: ‘Who abused the child? Are you serious!’ Ruby said, ‘I didn’t move. Sanjeev brought it. The other person asked again: ‘Why did you kill him, if you let him go at night…’ Ruby said: ‘In the middle of him…’ The policewoman’s question: ‘Did you kill him? in the middle of it? Ruby agreed, ‘Hmm.’

Ruby had no tears in her eyes as she said the words. She was speaking very casually. However, one thing to note is that the police still have no information on who Sanjeev is. TV9 Bangla has that video. However, TV9 Bangla has not verified the authenticity of this video.

#Watch now: Ruby Bibi, the main defendant in the murder of a child in Santiniketan, confessed to the murder during the arrest. The video of that confession is viral.

Information about the motive for this murder has reached the hands of the police. The child’s family is known to own a salon. A young man from the defendant’s family worked there. Another woman from the village was in love with that young man. The family of the girl and the boy have a problem in this regard. The boy’s family was involved in that problem. Police initially learned that the boy was killed by that outburst. Five-year-old Shivam Thakur disappeared on Sunday while he was buying cookies in front of his house. The family keeps a lost diary. A police dog was brought in and searched. The villagers recovered the body after 52 hours after smelling rotten odor from the neighbor’s house. The whole town erupted in anger.

How many daily corona infections in the country today? Get to know TAZAA News