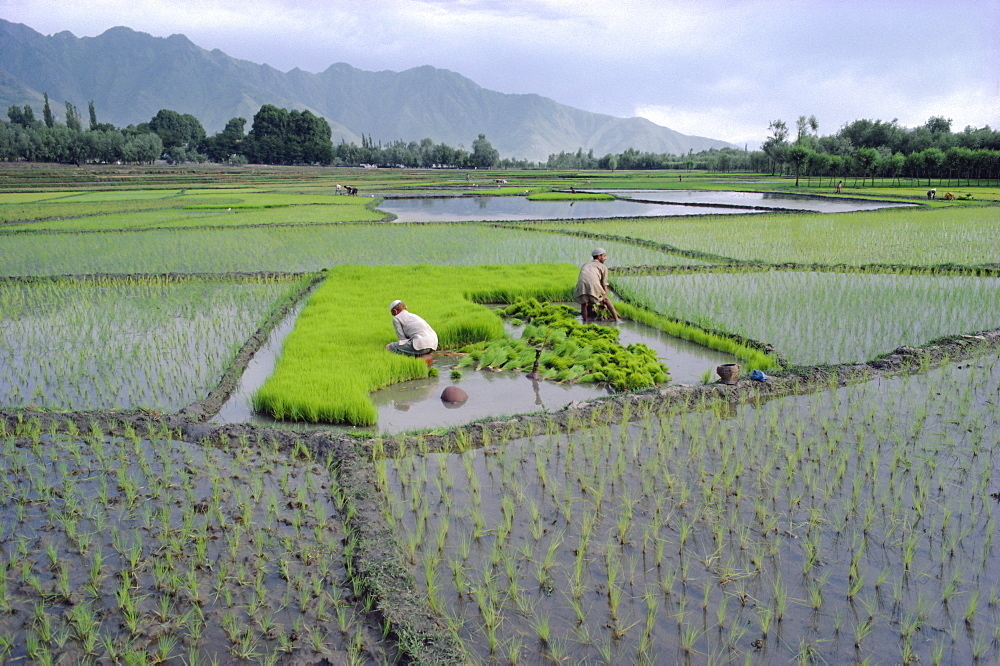 Srinagar: Rice production has increased by more than 35 percent in Kashmir despite reduction in agricultural land.

Thanks to high-yielding seeds, the Jammu and Kashmir government is trying hard to compensate for agricultural losses caused by land conversion.

Data accessed by The Kashmir Monitor revealed that in 2012-13, the area under paddy production in Kashmir was 162309 hectares and the annual production was 621640 metric tonnes. The average yield for the year is 38.03 quintals per hectare.

During the last 10 years, the annual production has increased to 966630 MT with an average yield of 72.01 quintals per hectare.

Statistics indicate that decline in cultivated area and increase in annual production is a simultaneous process.

Director of Agriculture Chaudhary Mohammad Iqbal said that new varieties of seeds have been introduced to increase the yield.

Iqbal said that the department has made farmers aware of scientific techniques and innovations to increase production.

“Farmers are educated about fertilisers, seeds and transplants at a specific time without affecting their yield,” he said.

Another official said that the government is also taking strict action against conversion of agricultural land for non-agricultural purposes.