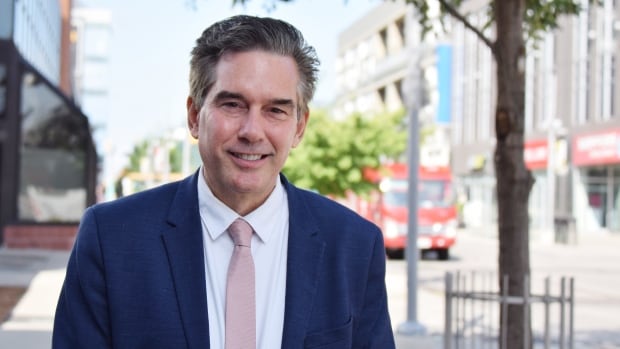 Rising costs, housing, climate change and the tone of politics are among the main issues Kitchener-Conestoga MP Tim Lewis said he heard from constituents when he met face-to-face at various events this summer.

Lewis, a Liberal and first elected in the riding in 2019, said his experience as an elected politician was almost entirely during the Covid-19 pandemic, so he was happy to have meaningful conversations with people when he attended this summer. Festivals and pancake breakfasts and personally hosted a few town hall meetings.

“I would say affordability — and housing affordability would be — is a big one because people feel the crush and the cost of living is affecting everybody here and around the world,” Lewis said.

Lewis sat down with CBC Kitchener-Waterloo’s Craig Norris, the host The Morning EditionFor a wide-ranging interview about his summer, Hockey Canada set out to talk to people at events and committee appearances about sexual harassment allegations.

“We are running out of time. We must move fast on the climate crisis,” Lewis heard from the crowd.

When it comes to the climate crisis, he believes it matters most to his colleagues in Ottawa. Lewis said that from his perspective, he wants to include farmers in conversations about solutions, and he has heard concerns that the new equipment is expensive.

“They’re on very thin margins right now,” Lewis said, referring to the federal government’s AgriTech Clean Fund, which is to help farmers switch to practices that reduce their carbon footprints.

Farmers, Lewis said, “want to be part of the solution and we have to work together and they can be a solution to sequestering carbon.”

More to come from Hockey Canada

Lewis spent part of his summer on the heritage committee, which grilled Hockey Canada officials over allegations of sexual harassment.

On that issue, he said, people “stay tuned. We’re not done.”

“An accountability has been lost and Canadians are looking for answers and we are on the committee,” he said.

“We’re talking about the safety of our children. We’ll make sure we continue to study this.”

Politicians are expected to work together

Lewis said he has heard concerns from people about the “general tone” of politics.

“I think people expect elected officials to work together. I mean, we were able to do it at the beginning of the pandemic and we showed that it can be done,” Lewis said.

If we can work together as parties, that doesn’t mean we have to agree on everything,” he added. “But to oppose just for the sake of opposing… I don’t think that’s what Canadians expect.”

The Morning Edition – KW14:54Kitchener-Conestoga MP Tim Lewis on affordability, climate change and the ‘tone’ of politics

Kitchener-Conestoga MP Tim Lewis sat down with CBC KW’s Craig Norris, host of The Morning Edition, for a wide-ranging interview about his summer and says he heard from many people about rising costs, housing, climate change and the tone of politics.