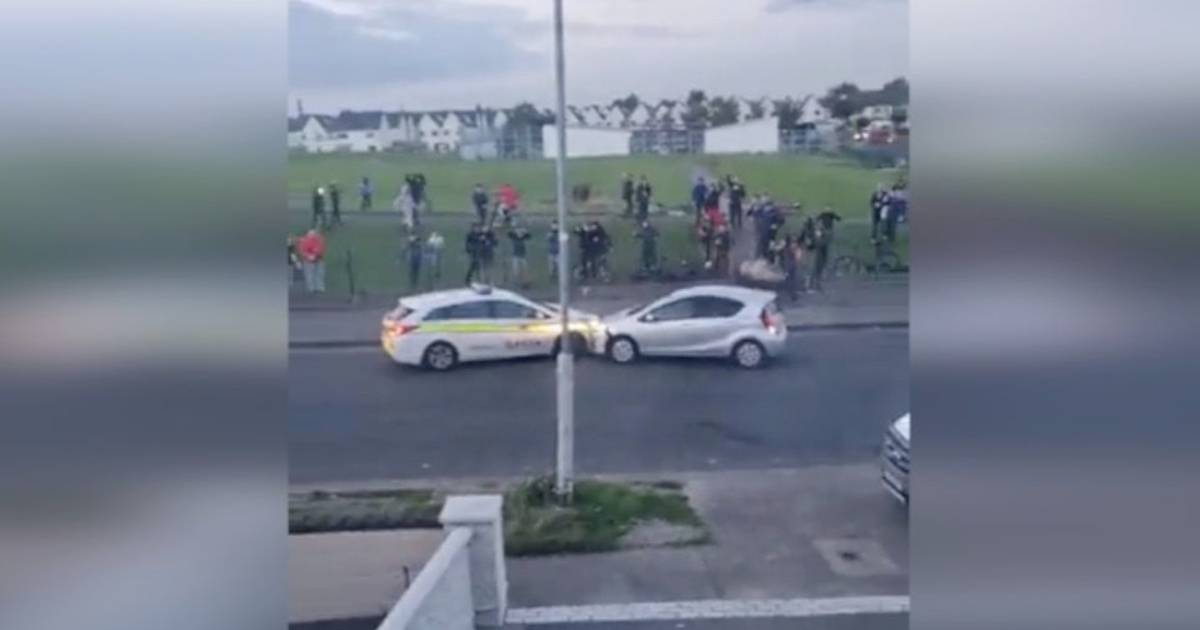 A spokeswoman confirmed that Justice Minister Helen McEntee was due to visit a cherry orchard in west Dublin where so-called ‘joy-riders’ crashed into a garda car on Monday evening.

The spokesman said the visit would take place “over the coming days” to “listen to the community’s concerns and what they need in terms of policing and other support”.

“We will always support communities affected by anti-social behavior and criminality – honest, hard-working people who fear this type of law-breaking,” she said on Tuesday.

Gardaí are confident they have established the identities of those involved in Monday’s incidents and arrests are expected to be made soon. Both cars involved were stolen and gardaí recorded their license plate numbers.

Cllr Doolan added: “Especially since the end of July this has been an almost nightly occurrence for residents living in Cherry Orchard … I’m sure all the councilors have been dealing with the distressed, stressed residents of that community every night practically begging for a response from the gardaí.”

He spoke at a meeting of the Dublin City South Central area on Wednesday, where he tabled a motion calling for extra gardaí in the Ballyfermot-Clondalkin area immediately and a long-term policing strategy for the area – which was passed.

“This week has crystallized the need for a top-level short-term response … local gardaí are doing a good job in very difficult circumstances but we need a top-level response from the Garda Commissioner … and indeed from the Minister for Justice.” Cllr Doolan said.

Backing him up, Cllr Vincent Jackson said there had been an “increase in this type of anti-social behavior” in the “last few months”.

“I haven’t had any correspondence for a couple of days about what’s going on in the cherry orchard,” Cllr Jackson said. “I’m talking about a very small number of families who have been able to wreak havoc in our communities for a long time. Unfortunately, the way we gently, softly call people to chat with them about their family members’ behavior doesn’t seem to be working.

“I hope something good will happen from last Monday, in the long term, in the state, they will realize that they have to put their finger on it. They need to work with the DCC to determine if there are any structural defects that can foster this type of anti-social behavior and destroy quality of life. [is addressed].”

Cllr Máire Devine said the “vast majority” of Cherry Orchard residents were “leading productive lives” but were “afraid to raise their heads and live in silence”.

“Very, very little [causing trouble] We have to come down hard,” said Cllr Devine. “There’s a very few people who need to say, ‘It’s not on. It’s not happening. You’re not going anywhere’. There’s a majority that we need to support, they don’t have a voice because they’re too afraid to have one.”