MQM is losing its identityTAZAA News 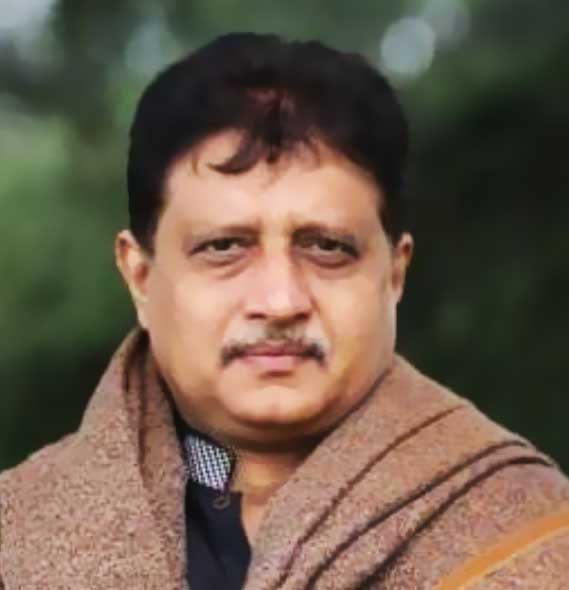 Since August 26, 2016, MQM is disintegrating with each passing day; Internal divisions within the MQM have grown so much that what is decided in a room now reaches the workers through the media. Attempts to bring each other down weakened the MQM so much that the coordination committee lost its decision-making power and confidence. Now the telephone call awaits, and then the decision is made. An example is Dr. Farooq Sattar’s statement to the media when he was asked what was the obstacle to his return to the MQM.
Pointing to the shoulders, the doctor says that “bujargan” is forbidden. Earlier, MQM convener Dr Khalid Maqbool Siddiqui confirmed “instructions received over phone”.
When the differences became too much, Farooq Sattar was forced to say that “there were differences in the party, but now MQM has become a ‘symbol of lesson'”. MQM is losing its identity due to weak organizational structure and persistent differences. Despite having seven seats in the National Assembly, the MQM is not being taken seriously.
Investors, industrialists and seniors have been assigned high positions in the party and are getting the services of long-time party workers. That is why many workers and sympathizers distanced themselves from MQM. Some old officers are still associated with the MQM; They are not included in the decision making process nor are they as important in the party as before. And there is respect.
There was a time when Dr. Farooq Sattar stood before the entire coordination committee to make Kamran Tesori a senator. These differences became so great that the coordination committee removed Dr. Farooq Sattar from the post of convener and expelled him from the party. Some friends say that because of Kamran Tesori, Muttahida Qaumi Movement Pakistan has split into two parts. There is one more thing that remains a mystery. Farooq Sattar tried several times to become a part of MQM Pakistan, but a section did not want Farooq Sattar to be re-inducted into the party. Despite agreeing on all matters, Farooq Sattar could not return to the MQM. Under pressure, Farooq Sattar decided to contest the election against the MQM candidate in NA-245. Tehreek-e-Insaf’s candidate Mahmood Maulvi won this seat with 29,475 votes. Moeed Anwar of MQM got 13 thousand 193 votes. Farooq Sattar got 3479 votes as an independent candidate.
After expelling the doctor from the party, the Coordination Committee directed the workers not to have any contact with Farooq Sattar. Now the same Coordination Committee has reinstated Kamran Tesori to his previous post. The question arises as to why Kamran Tesori did not agree earlier; How did he become acceptable now? Farooq Sattar was expelled from the party for supporting Kamran Tesori. Will Dr. Farooq Sattar be reinstated to the same position?
Kishore Jehra, a member of the coordination committee, strongly objected to Kamran Tesori’s rehabilitation. It is said that the wishes of some are being imposed on the heads of all the members. According to sources, party officials have objected to Kamran Tesori’s return and if party decisions are to be made by four people, we will sit at home. He expressed anger that if the party leadership does not reconsider its decision, we will take the decision freely.
Dr. Sagir, Wasim Aftab and Salim Tajik, who joined MQM, were also included in the coordination committee. Raoof Siddiqui and Sadiq Iftikhar are member of coordination committee. Abdul Waseem and Khawaja Izarul Hasan were appointed as Deputy Convenors. Officials and workers also expressed their objections to these decisions. News of rifts in the MQM are common, but these decisions add fuel to the fire. Kamran Tesori has caused division and confusion in the party, and now again, his inclusion has fueled internal divisions. Federal Minister Aminul Haque said “Dissent is the beauty of democracy. MQM is a democratic party; Coordination committee members express their differences and coordination committee does not take any decision without consultation.
Once upon a time loyalty to the organization was the criteria for giving positions and responsibilities in MQM. If anyone is given a place after the workers, the family of the martyrs is given priority. Workers are asking whether Sadiq Iftikhar has been appointed as Special Assistant to Prime Minister Shehbaz Sharif. The entire MQM is silent on this appointment.
The workers are also expressing indignation as they are showering questions. People are also expressing anger as public problems are not solved. The grief and anger of MQM workers can be gauged from these two incidents. According to media reports, the last rites of missing MQM worker Wasim Raju were held at Shah Faisal Colony. Meanwhile, some people in the crowd got angry and “they abused Aamir Khan and Faisal Sabzwari and pushed them.” During the funeral prayer of another missing worker, Abid Abbasi, slogans were raised against Waseem Akhtar and Kamran Teri. Dr. Khalid Maqbool Siddiqui said that the incident of misbehavior with Aamir Khan in Shah Faisal Colony is being misrepresented. Shouldn’t people protest and express outrage even if dead bodies are found?
Activists say MQM has been part of the federal government for four years with the PTI and now the Muslim League as long as the MQM continues to enjoy ministries. However, instead of retrieving the missing workers and solving Karachi’s problems, the situation is worsening; If MQM wants to solve the problems of Karachi and revive the workers, they should resign from the ministries and come out of the government and work hard to solve the public problems. If Dr. Farooq Sattar puts his candidates in front of MQM in local body elections, it will be difficult for MQM to split votes and also split power. It seems that local body elections will take decisions beyond the past commitment of the people of Karachi and the results will be different from the expectations.