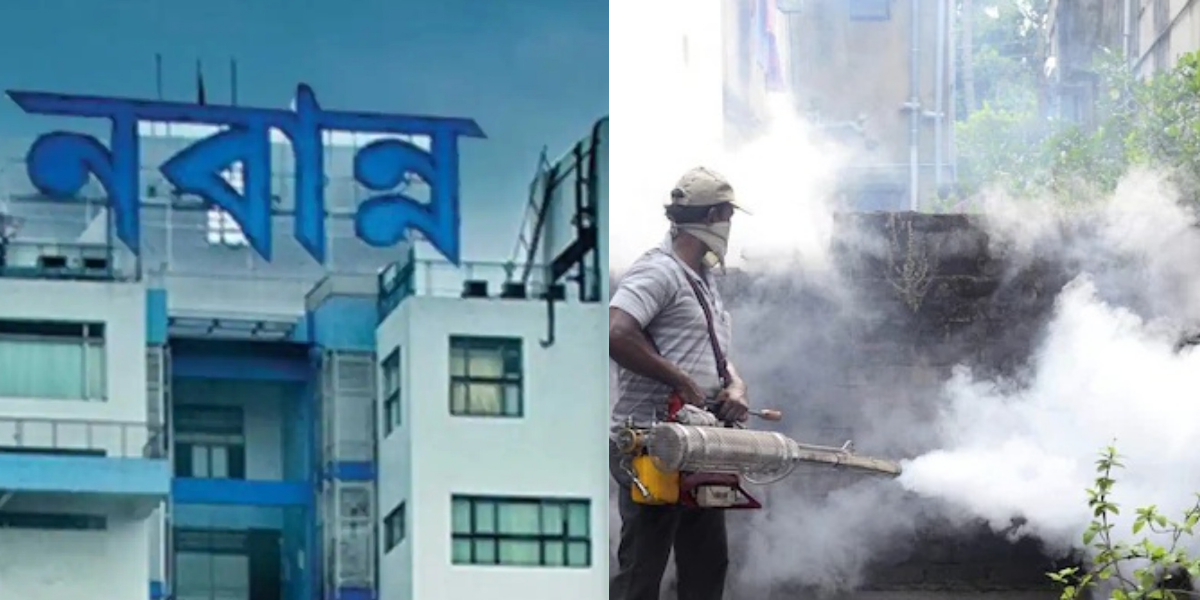 Puber’s Pen Correspondent: Dengue is showing bloody eyes in the state. Already 16 people have died from dengue in the state. 8 of them were residents of Kolkata. According to the state health department report, among the districts where dengue prevalence is high, Kolkata comes out on top. After that, Chief Secretary Harikrishna Dwivedi called an emergency dengue meeting in Nabanna on Friday. After the high-level meeting, it was reported that dengue is rapidly increasing in Kolkata, Howrah, Hooghly, Murshidabad and North Dinajpur. Recently, the State Department of Public Works and Urbanism has already expressed its concern about the deterioration of the dengue situation. Although Atin Ghosh, the council of the mayor and deputy mayor of the health department of the Kolkata municipality, states that outbreaks of dengue have been seen in some districts, dengue is currently under control in the city.

To change the dengue situation in Calcutta, officials from the Calcutta Municipal Health Department have started a meeting in the districts. Atin Ghosh is also present at that meeting.

According to the deputy mayor, in this review meeting it has been seen that in those areas where the dengue outbreak was high, the infection is currently under control. Navanna has ordered vendors to be informed about the sale of paracetamol in dengue-prone areas. 24 North Parganas, Jalpaiguri district have been specially alerted.

Drone units are emphasized during the Puja to ensure the situation does not escalate. In that case, Atin Ghosh has made it clear that any hindrance to drone operation for ‘privacy’ reasons will not be tolerated. Drones will be used to take pictures of the multi-story city from all sides. Municipal authorities will identify unhealthy areas and take action. At the same time, medicines will be distributed via drones in all those places. As the work of the municipality will be much easier, the municipal authorities are hopeful that the city’s mosquito-borne diseases can be quickly suppressed.