Penticton, BC firefighters are understaffed and burned out, union saysTAZAA News 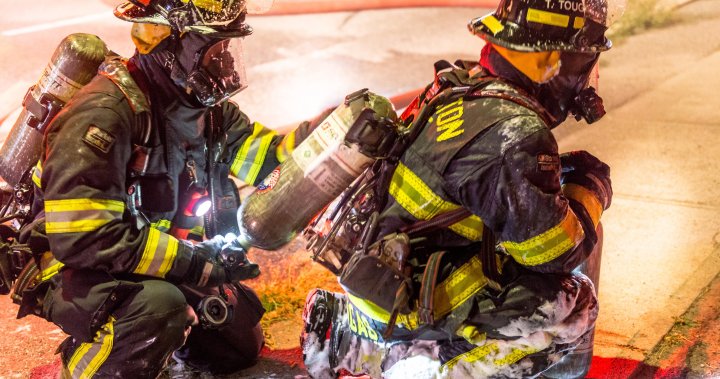 Penticton, BC, firefighters are overworked and experiencing burnout; According to the Penticton Professional Fire Fighters Union.

The department currently has 36 personnel on the payroll and the need for additional firefighters is dire, said union president Curtis Gibbons.

“Our guys are burned out, tired and exhausted. We’ve had a significant increase in mental health issues, which puts people on leave,” said Gibbons.

“My fear is that we’re talking about old numbers and not using current data and current constraints that affect our response here. It seems like we’re always playing catch up instead of planning for a model that will grow with the community.

Penticton Fire says its trucks are the busiest of any engine company in the Lower Mainland. And the department responds to a variety of complex calls from water rescues, cave and high-angle cliff rescues to responding to fires and major incidents.

“Over the last five to eight years, our call volume has increased significantly. In the last two years, we have raised over a thousand calls.

And with the added pressure of the opioid crisis, Gibbons added that resources are stretched thin.

“We are very busy with medical calls. We are dealing with the opioid crisis, boots on the ground. We are going to multiple doses a day,” he said.

Public safety appears to be at the forefront of the current municipal election, but Gibbons believes a key point is missing.

“I don’t want to criticize other departments in the city and what they need but I want to raise awareness about our staff and the importance of that,” said Gibbons.

In 2021, the City of Penticton conducted a $75,000 community safety review that examined RCMP, bylaw and fire operations and how to allocate resources to meet demand.

That review is expected to be completed early this year.

“We were supposed to have it by May of this year, and unfortunately, with time constraints and the two professors we hired to push the issue, they didn’t finish it for whatever reason.”

Meanwhile, Penticton Fire Chief Larry Watkinson said they are working on a plan that will hopefully meet staffing goals within three years.

“We are working towards a goal of having four firefighters in each truck. It was a plan put into place and we hired firefighters. We are getting there steadily every year with the mayor and council.

‘It’s heartbreaking like death’: Historic house burns down in Penticton, BC

Still, Watkinson and Gibbons agree that it’s a tough balance between tax dollars and needed resources.

“I understand the importance of doing this systematically to make sure we don’t negatively impact the city’s tax base. But we must continue to grow our fire department along with the growth of our community,” said Gibbons.

“Based on the city’s numbers, the average person in Penticton pays 82 cents a day for fire service, which is less than a cup of coffee a day. What you get for that 82 cents a day is a tremendous benefit to society.

This problem is not unique to Penticton. Back in July, the Kelowna Professional Firefighters Association (KPA) said they were stretched too thin.

According to the standards, they have to have 28 firefighters on the scene within eight minutes of notification.

“We don’t have enough firefighters to go in and that ties into Kelowna’s letter. Kelowna is looking for crews to effectively respond to high-rise fires,” said Gibbons.

“Their tall buildings are taller than ours here in Penticton, but we have tall structures here and coming in with only six firefighters really limits what kind of fire we can do.”