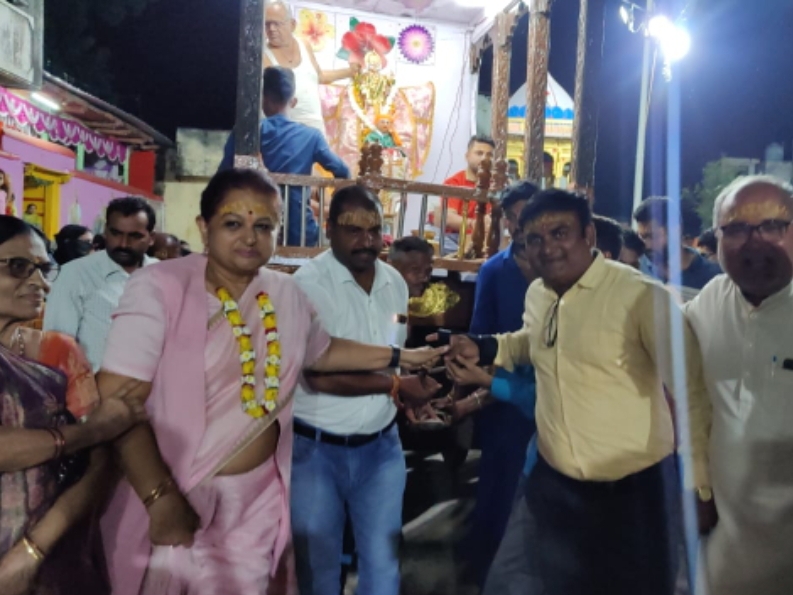 In Mahajanapeth, on Tuesday night at 8 pm, Balaji Maharaj came out in a small chariot on an elephant vehicle to give darshan to the devotees. Shreeji’s procession was taken out with Balaji Govinda’s Jai Ghosh. In which a large number of devotees participated.

On Tuesday morning at 8 o’clock in the temple Abhishek, makeup, worship of Shri ji took place. Shreeji Mukha Vahan Garuda ji was seated at 10 o’clock in the morning amidst worship and chanting on the pillar located in the premises. Aarti of Ganesh ji and Garuda ji was performed. Shreeji sat on the chariot at 7.30 pm. The Rath Yatra started at 8 pm.

During this, Rath Yatra was taken out amidst tight arrangements of police administration. Hundreds of devotees were present on the route of Rath Yatra carrying aarti plate to welcome the Yatra. The Rath Yatra reached back to the temple in about 2 hours. Temple priest Pandit Mohan Balajiwale told that the devotees get freedom from the sins of birth by having the darshan of Shriji sitting on the chariot.

Rath Yatra will also come out on Wednesday

Like every year, former cabinet minister Archana Chitnis started the Rath Festival by offering prayers and aarti to Lord Shri Balaji Maharaj. After this Lord Shri Balaji went on a city tour. On this occasion, he also pulled the chariot of Lord Balaji along with the devotees.