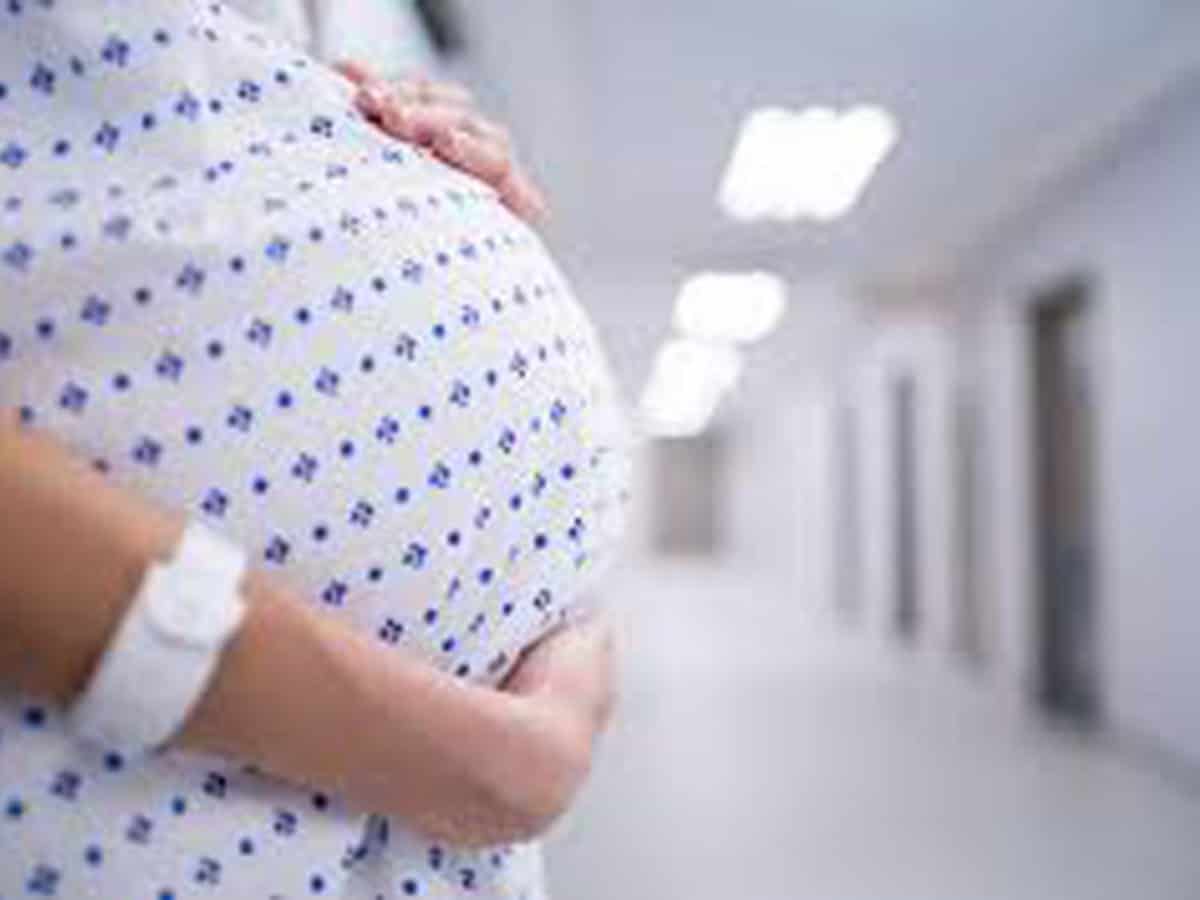 The recent Indian Supreme Court verdict on abortions, unmarried women’s right to sex and marital “rape” is yet another blow to an already crumbling marriage system. In fact it is like dropping a hydrogen bomb on the wedding house. It is even more surprising that this comes in a country where the vast majority of people belong to one religion or the other and the system of marriage is still very strong compared to the West. Moreover, recently in America, there was a judgment limiting the scope of abortion, the Indian court chose to argue for absolute freedom in matters of abortion, whatever the circumstances and whatever the age of the foetus.

It is clear beyond doubt that the supremacy of the world’s economic powers has become unchallenged, and considerations of the life and health of the larger humanity are now being completely crushed. And the courts openly uphold these “modern” and “liberal” tendencies. Beauty, sex, and abortions are all huge markets, so the markets want the family system to break down completely. They talk about the rights of women to have abortions but forget the rights not to kill unborn children and to allow them to be born. Unborn children have to bear the punishment of the gender of their “parents” for whom nothing but their lust matters. How cruel is the idea that innocent unborn fetuses should be brutally killed because of their anatomy and the “freedom” of their “mothers” to have complete “independence” over their “fathers” when murderers and rapists are given the right to life. It is an unclaimed right to ignore them. Fetuses today, especially in India, deserve sympathy if they are girls. There is booing and crying over female infanticide, but no tears when babies are aborted without knowing their gender.

New sexual ethics, big business, especially global sex traffickers, eradicate all obstacles in the way of free sex. Marriage or any other formality, age, gender, place, time and previous relationship—all have little to do with the purpose of a sexual encounter. The only limitation imposed by the legal framework, though not effective in practice, is the consent of two people who want sex. If both agree, nothing can stop them. But they are advised to take care as much as possible so that their ecstatic love does not lead to unwanted fruit. It could destroy their own careers, they are told, and even the country’s economy. It doesn’t matter though. Even if precautions are taken, if a woman becomes pregnant, she need not worry. The state exists to provide what she needs for a safe abortion: legal sanction, social protection and free services. Private clinics, in their own way, are looking to offer the best.

And with abortion begins the sad story of children being killed and abused through no fault of their own. It is estimated that around 50-70 million babies die before birth every year. Stunning stats from all accounts! Figures that put the whole of humanity to shame and make every conscientious person shudder from head to toe. But where is mankind and where is conscience? What we know of mankind today is a kingdom of human beasts who seek pleasure and nothing but pleasure regardless of the consequences. And it’s not just the happiness of all humanity at the expense of other beings. It is to the gratification of the strongest of human beings who have mastered the science of eliminating all that can directly or indirectly become obstacles in their glorious journey towards unstoppable fun and entertainment. If only a few million partially formed human flesh were discarded every month for this ambitious plan! They are only human-making, not human. They are also weak barriers. Flowers must be saved, proponents of abortion seem to argue, but there is no plausible reason why tears should be shed if buds are struck to “save” humanity from “undesirable consequences.” Large movements are organized against the killing of animals and the extinction of rare species, against deforestation and deforestation, as well as against the destruction of historical buildings and sites. These are not human beings but still have the backing and support of one or the other element of energy. On the other hand, the worldwide campaign against the wanton killing of millions of human beings cannot be allowed to gain momentum. There will always be protégés of big business fully armed with weapons of “sophisticated” logic and money to thwart such developments. However, we believe that we live in a civilized world that cares for human rights. Ironically, those who raise their voices for human rights are the ones who silently preside over most of these killings. Abortion is a multi-billion market; And if abortion rights are eliminated, many other markets will suffer as well.

Although the court did not announce a final verdict on “marital rape” as another bench was considering it, it clearly supported the idea that forced sex in marriage is also rape. This is yet another attempt to undermine the institution of marriage and not logic. Forced sex by a stranger has many implications. It threatens her entire life as a woman; (a) her chances of getting a good marriage partner are significantly damaged, (b) she suffers unbearable mental agony, (c) even if she marries a good husband, they cannot forget what happened; and (c) if she becomes pregnant, she is forced to abort the child or take care of it as a single mother. Forced sex in marriage does not have any of these issues and any mental anguish associated with it will subside very quickly or if they have other issues they may opt for divorce.

The most upsetting aspect of the ruling was the permissiveness of sex outside of marriage and the curtailment of marriage.

The judges pointed out that the law can no longer be interpreted based on “narrow patriarchal principles” about “permissible sex” as Indian society and the family have changed significantly over the years in terms of live-in relationships, premarital sex and homosexuality. No longer viewed “through the lens of crime.”

“The law in modern times is doing away with the concept of marriage as a precondition for the rights of individuals and while applying the law the changing social patterns must be kept in mind. As society changes and evolves, our morals and traditions must also change. The changed social context demands that our laws be amended,” the order said.

“We fail to recognize that intimate partner violence is a reality and can take the form of rape. Sex and gender-based violence [in all its forms] “The family setting has long formed a part of many women’s life experiences,” the order said.

The campaign against marriage cannot be justified on the basis of biological and medical facts or on the basis of “women’s rights”. Marriage is indeed a strong bulwark against (a) dangerous sexually transmitted diseases (b) problems faced by women as unmarried partners in pregnancy, (c) destruction of the rights of the unborn child.

So-called modern sexuality has killed 40 million people in the last 30 years due to AIDS, and many millions more due to other diseases such as HPV-related cancers of the cervix and hepatitis B in women. And of course there are more than 2 billion children. Abolished since the beginning of the twenty-first century. Modern feminism has turned millions of women into prostitutes. More than half of children in Western countries are born out of wedlock, meaning these mothers and children have no male support. Free sex turns women into adulterous partners, unwed mothers, and not their male partners who have to suffer the pain of abortion. But all this is being done in the name of women’s freedom. The truth is that “women’s freedom” is the freedom of men to enjoy their services without any burden on themselves and to shift a significant part of their economic burden onto women’s shoulders.

SC has given many judgments in the last few years. These include the criminalization of adultery, the criminalization of homosexuality and an increase in the minimum age of marriage. However, the government, which claims to be the champion of Hindu religion and culture, has done nothing to protect the traditional family system, which has a strong connection to Hindu religion and culture. Even the RSS seems to have become commercialized and no efforts are made in the direction of protecting the family system and curbing the brutal commercialization of sex. Time has come for all religions to come together on common morality and save India from the complete destruction of the family system.

Dr. Javed Jameel, currently a chair at Yenepoya University, Mangalore, is a thinker and author with more than twenty books to his credit, including his latest, A Systematic Study of the Holy Qur’an. His other books include “Justice’s Imprisonment”. “Economics First or Health First?”, “The Devil of Economic Fundamentalism”, “The Killer Sex”, “Islam Means Peace” and “Rediscovering the Universe”. His email address is: [email protected]