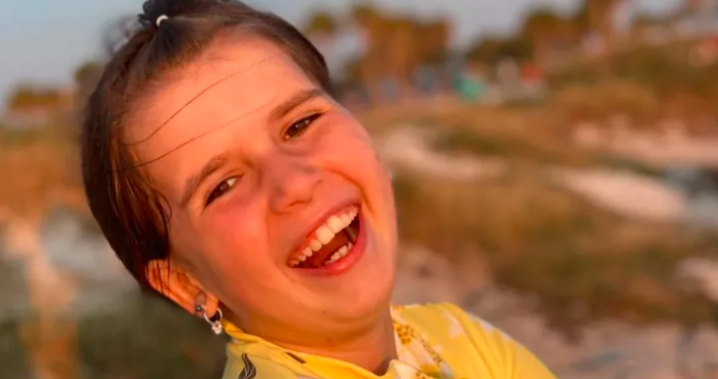 An 11-year-old St. Thomas, Ont., girl is fighting the clock for life-saving treatment for stage 4 melanoma.

Christy and Dave Costa’s daughter, Lacey, has been battling cancer for nearly a year.

Before cancer, Lacey was described as an inquisitive girl who loved helping others and animals, according to her mother.

But now, her parents say their daughter spends most of her days in bed with a 24/7 pain pump pumping through her body to give her some relief.

“She was a warrior through this,” her mother told 980 CFPL. “She’s really trying to stay positive, (but) the more she goes on and the harder the daily tasks get, you can see a little bit of a change in that light.”

In 2018, Lacey developed a mole on her left arm. It was eventually removed, but in 2021, a bump formed in the same spot.

Lacey’s parents tried to seek medical help, but said they received no sense of urgency from the medical staff.

Doctors said the bump was scar tissue, but the family questioned this diagnosis as the bump grew by the week.

In December 2021, Lacey was referred to a surgeon and a biopsy was performed. That’s when her parents learned their 10-year-old daughter had stage 3 melanoma.

Her left arm was partially amputated. Three fingers were removed.

The family had little follow-up on the tests and were “quietly discharged,” Dave said.

Then in April this year the pain came again. Lacey’s parents requested the scans.

By the end of May, Lacey was still doing her favorite activity: dancing, but after two weeks, she couldn’t get out of bed.

“It’s a really quick turnaround,” mom Christy said. “Since June, she can’t even sit in a wheelchair for more than 20 minutes because she’s in so much pain.”

On June 20, Lacey “had very extensive metastatic melanoma throughout her body,” Dave said.

This includes her bones, spine, lungs, the back of her head and other places in her body.

Lacey began receiving immunotherapy but her tumors continued to grow and the melanoma spread further.

Throughout Lacey’s medical journey, her parents say their daughter was neglected by the health care system.

Christy and Dave said they sought medical attention for their daughter on several occasions, but were either ignored, deferred or misdiagnosed.

“It’s really a struggle to get the people who need to see her and get her tested… It’s exhausting to push harder and harder. That shouldn’t be a hurdle for parents to overcome.” said Dave.

“Even now, it’s still frustrating. We’re still fighting and pushing for what we think should be there.”

“It was devastating to see our little girl,” her mother said, her voice shaking. “She sounds desperate.”

“I think our system is tied up with a lot of resources and the perception that everything is covered is not,” her father added.

A special Christmas party for children with cancer and their families

A talented dancer before cancer

She remembers her enthusiasm over the years, along with her pink ballet skirt.

“She is one of a kind. I don’t know what else to say about her. She is such a wonderful little girl. “

O’Neill-Del Guercio is the owner of O’Neill Academy of Dance and one of Lacey’s dance teachers.

Lacey has danced at the studio for eight years and joined the competition team two years ago, she said.

She describes Lacey as wonderful, funny and strong.

“My Lacey is a very special girl, and she’s the funniest, wittiest, most sarcastic girl,” laughs O’Neill-Del Guercio. “Her one-liners and comebacks are hilarious.”

Lacy stopped dancing when her cancer worsened, but even after a partial left arm amputation in December, she competed the entire season from February to April, her dance teacher said.

But starting in April, Lacey began experiencing pain that affected her dancing.

“We could see it in class. She complained of pain in her left leg. She had trouble jumping.

The cancer spread and Lacey was unable to finish the competitive season.

“When we came to teach, a dancer was missing… and that was difficult. Christy’s not in the lobby… there’s someone missing,” O’Neill-Del Guercio sighed.

The dance studio owner said they tried to get Lacey involved and connect through Zoom calls, but “it wasn’t enough. It wasn’t what made her happy…it was heartbreaking. You want her to be in (dance studio).

“We’ve already had conversations with the oncologist about end-of-life and DNRs (do-not-resuscitate orders), so they’re definitely preparing us for that situation,” says Dave. “(Doctors) shared with us that she had weeks to months to live, if we didn’t do something.”

Kristy and Dave say their daughter’s condition was “100 percent preventable.”

“If people had been curious and suspicious in time, it wouldn’t have metastasized the way it did,” Dave said. “It wasn’t a cancer growing inside her that wasn’t visible. It was a tumor on her arm that nobody cared about.

The family is seeking second-line immunotherapy combined with targeted therapy for their daughter, but the treatments are expensive; About $20,000 every three weeks.

O’Neill-Del Guercio has set up a GoFundMe to support Lacey’s treatments with a goal of raising $75,000.

1:55
A pediatric cancer patient teaches doctors a valuable lesson – how to talk to children