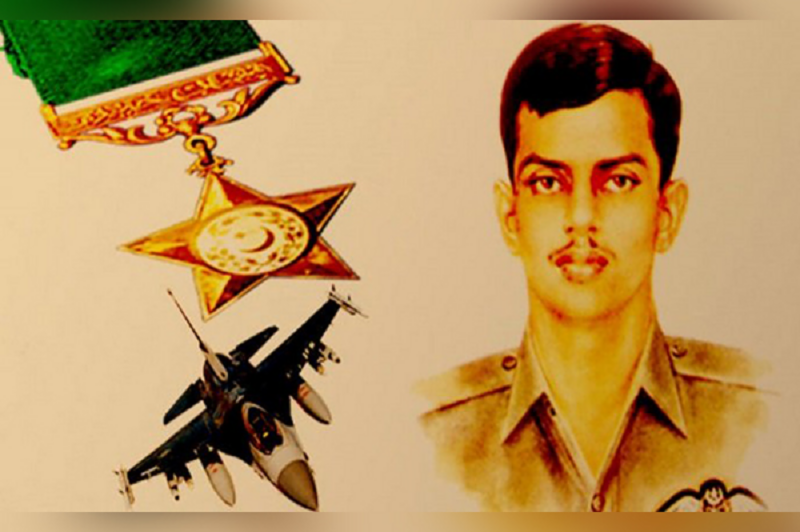 The 51st Martyrdom Day of Hero Pilot Officer Rashid Minhas of Pakistan Air Force is being celebrated today. Pilot Officer Rashid Minhas Shaheed was born on February 17, 1951. Rashid Minhas, who was dedicated to protecting the air borders of the country, died on March 14, 1971 as the 51st of Pakistan Air Force. Commissioned in GDP course. An unforgettable story was created by the sacrifice of Rashid Minhas on August 20, 1971. On that day, Rashid Minhas crushed the nefarious ambitions of his instructor pilot Flight Lieutenant Mutiur Rahman, who killed his T -33 attempted to hijack a training plane and take it to India. Rashid fought hard to take back control of the plane and preferred to shoot it down before it crossed the country’s border. Sacrificed his life for the motherland but did not let the country’s honor come to an end. In recognition of this great sacrifice and unforgettable bravery of Rashid Minhas, the government of Pakistan awarded him the highest military honor of the country, Nishan Haider. Rashid Minhas Martyrs are torchbearers for our coming young generation and they are always remembered as symbols of bravery and sacrifice will go

Life of girl spoiled, Parbhani shook again; Uncle son lures girl for marriage, what happened next is shocking – in parbhani the uncle...