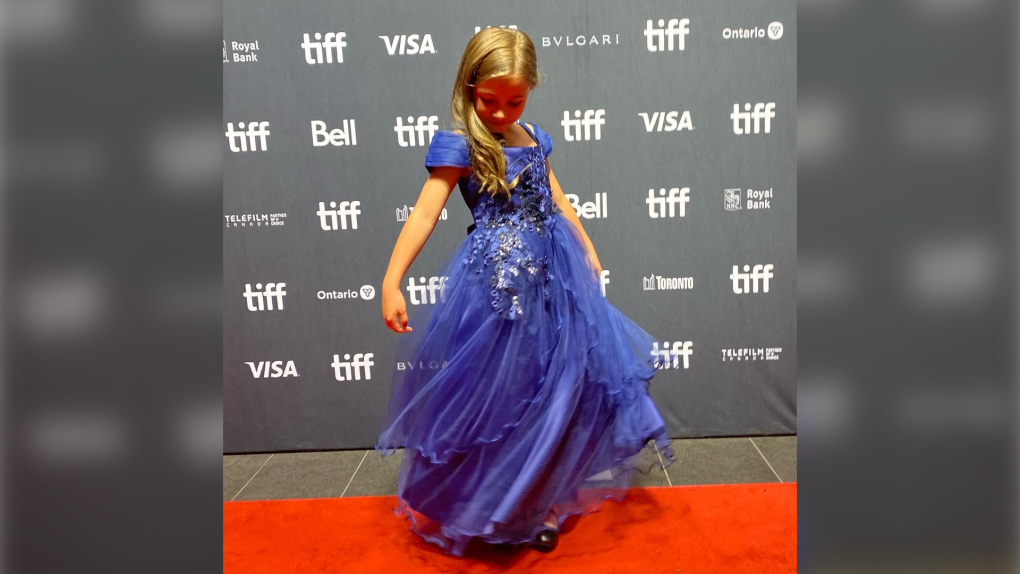 She’s only in third grade and now, eight-year-old River Price-Menpa is hitting the festival circuit — starring in “North of Normal,” which debuted at the Toronto International Film Festival earlier this month.

“I just grew up acting,” she says with a sweet smile.

Price-Menpa got her start in the industry with a role in an episode of Amazon’s Tales from the Loop at the age of four.

Her latest role, which she took to the TIFF red carpet last week, has five credits to her name on IMDb — but she can’t be seen with everyone else.

But after the screening she entered the theater. She said it was very good.

“People told me it was a great job and they really liked it,” Price-Menpa said.

“I saw tears in many eyes.”

“North of Normal” is a film adaptation of the 2014 memoir of the same name by Canadian writer/model Seiya Sunrise Person.

It tells the story of her unusual upbringing in the western Canadian wilderness in the 1970s.

While Pryce-Menpa plays the young man, Amanda Fix plays her teenage self.

The film also opens with Robert Carlyle and Janet Porter as the person’s grandparents and Sarah Gadon as her mother.

“They were fun to work with,” said the eight-year-old.

She said that they have more experience than her.

Price-Menpa isn’t sure what her dream is yet, but she wants to be an actress when she grows up.

She hasn’t yet lined up her next acting job — instead focusing on school, dance class and hanging out with her brother.

Next week her film comes to her hometown with “TIFF on Tour,” bringing the festival to Windsor for one night only on Wednesday, September 28.

“North of Normal” will also screen in the city as part of the Windsor International Film Festival in October.

Price-Menpa said she hoped people would like it, but unfortunately she was unable to see the film even then.