The Red Zone is being opened today, if Khan Sahib intends to come, then it will be closed, Rana Sanaullah’s statement. TAZAA News 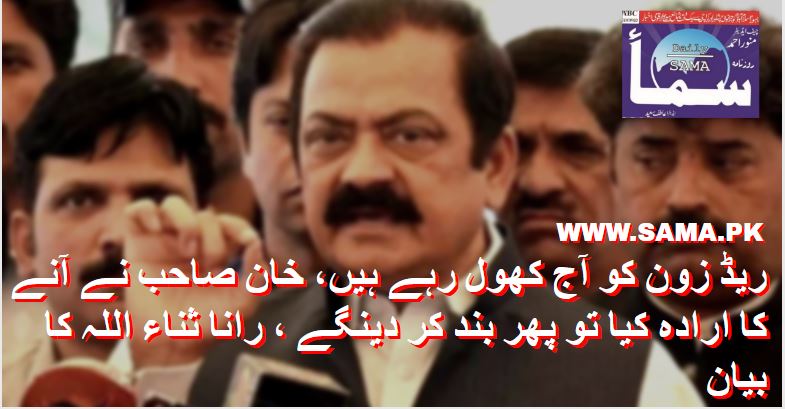 Islamabad – Interior Minister Rana Sanaullah said that the red zone was sealed as a precaution, the red zone is being opened today, if Khan Sahib plans to come, then he will close it. Interior Minister Rana Sanaullah said. That it is not possible to talk to a person like Imran Khan, Khan Sahib has to be ready, we are fully prepared, we have asked for police force from the provinces, if the provinces refuse to send police force, action will be taken against them.