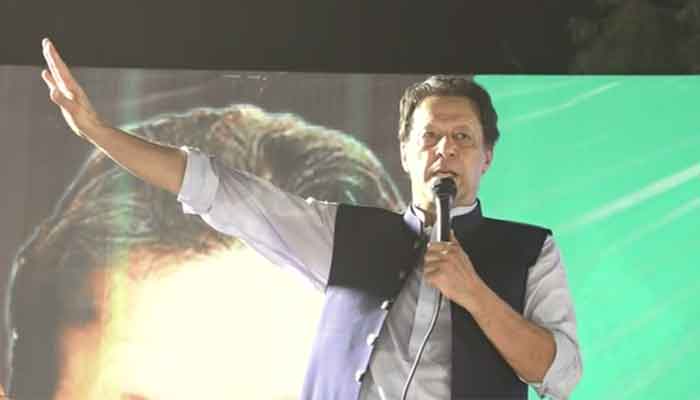 Rahim Yar Khan: Chairman PTI Imran Khan has said that Shahbaz Sharif and Rana Sanaullah should listen, this time the captain will come with complete planning and I know what Rana Sanaullah has to do but he doesn’t know what I have to do. Is.

Addressing a rally in Rahim Yar Khan, Chairman Pakistan Tehreek-e-Insaaf Imran Khan said that the flood victims are in trouble right now and we all should help them as much as possible. Sindh has the most destruction due to floods and the victims have no roof over their heads. I did 3 telethons and collected 14 billion rupees in 8 hours. If Pakistanis can trust that the money is going to the right place, then they are very open hearted people.

Imran Khan said that I ask both the Prime Minister and Bilawal Bhutto what America has gone to do? The country is flooded and why did you leave here? He went to America and spent our crores of rupees. Shahbaz Sharif is asking for money and staying in the most expensive hotels to kill the show.

He said that consciousness has come in my nation for which I thank Allah. I have started giving the plan for the future. Allama Iqbal tried to wake up people through poetry and I am trying to wake up my nation for real freedom. No one can enslave the youth of a nation that wakes up.

The PTI chairman said that our problem is the leaders of this country, the nation wants independence and freedom, the slogan on which Pakistan was built is in everyone’s hearts, but the imported prime minister makes the country ashamed. The Secretary General of the United Nations came to see the flood victims, but Shahbaz Sharif told the Secretary General that we will not steal your money.

Former Prime Minister Imran Khan said that Shahbaz Sharif even asked for money in a foreign interview. Shehbaz Sharif was not brought because he had any character but because he will obey all the orders because they run on dictation but I am standing you up for real freedom. With a corrupt government, the country has no future.

He said that we have to go out for our real freedom because freedom is never given to any nation on a plate but has to be fought for. If we accept them silently today, we have no future.

Imran Khan said in his address to the rally that he had conspired against me and 4 people decided to kill me in a closed room and those people are still involved in this conspiracy because their plan is to kill me and then somewhere. I will say that some extremist killed him, but I am more concerned about the freedom of the country than my own life.

Chairman Pakistan Tehreek-e-Insaf Imran Khan said that this conspiracy is being done by those who are prisoners of their ego and corruption. They come to Pakistan to rule and go back after looting money. Together with them, a conspiracy group is trying to enslave us, but I ask the nation to break the idol of fear and prepare the whole nation for my call.

He said that they are hearing that Ishaq Dar is coming to Pakistan, he used to launder money for the Sharif family from this country. Now the NRO is meeting and Ishaq Dar is being brought back under the deal. Let there be no misconception that Ishaq Dar will come and fix the country’s economy.