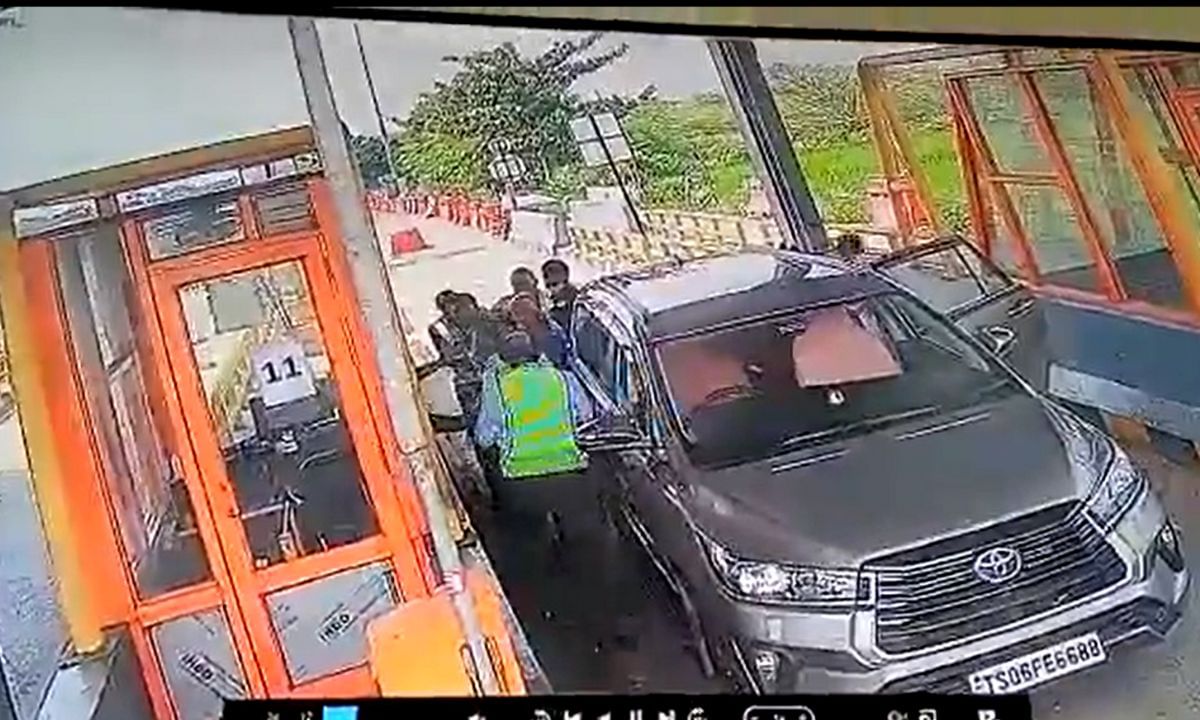 … in this the driver moves the car forward. Soon the TRS leader comes out of the car and gets into a scuffle with the employee. 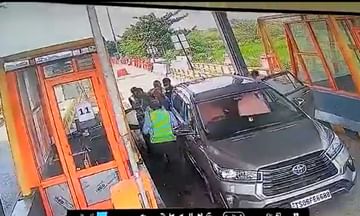 ruling Telangana Rashtra Samithi ,TRSA video of ) thrashing an employee of a toll plaza is becoming increasingly viral on social media. It is being told that supporters of TRS leader and Nasrulabad sarpanch Pranil Chander attacked the employees at Shadnagar toll plaza and ransacked the toll plaza when asked to pay the charge.

There was reportedly no money in the fast tag account of the sarpanch. When the toll plaza employee asked him to pay the charge at the counter, the TRS leader got enraged. It can be seen in the viral video that the toll plaza employee is talking to the driver of the car, in which the driver takes the car forward. Soon the TRS leader comes out of the car and gets into a scuffle with the employee.

This whole matter was recorded in the CCTV installed at the toll plaza and later someone shared it on social media. After the video went viral, the DCP of Shamshabad said that a case has been registered against both of them and action will be initiated. A debate started between the two Lokars regarding this matter and then the TRS leader thrashed the employee. According to the report, later the TRS worker also ransacked the toll plaza.

Case registered, action will be taken

DCP R Jagadishwar Reddy said, “An argument broke out between toll plaza employees and TRS sarpanch at Shadnagar toll plaza. We registered cases against both the parties as both had complained. Action will be initiated against those who attack and vandalize toll plazas.”