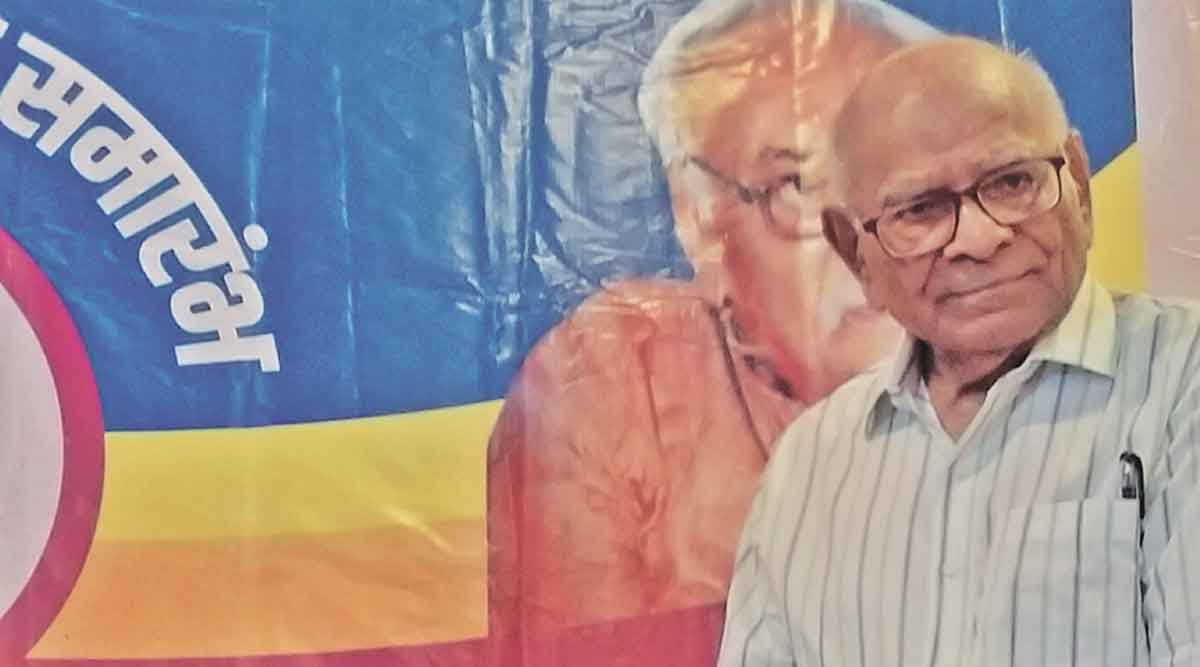 Aurangabad : Instead of emphasizing on quality, research, Dr. who gets stuck in the trap of debate. Senior critic Dr. Babasaheb Ambedkar pointing finger at the poor administration of Marathwada University. Sudhir Rasal ‘reviewed’ the administration on Monday. Padmashri Dr. U. m. Dr. Pathan, after moving the rare pothyas from the Marathi department of the university to the library and keeping them hidden there, was collected by Pathan from village to village. Rasal expressed regret. He expressed his deep displeasure at the present administration saying that it is very regrettable that the university has been forgotten for the purpose of research and no one feels its sorrow.

To establish Marathwada University. A committee was formed under the chairmanship of Palanikar. This committee had given a report that recognizing Marathwada as the land of saints, there should be an independent research on saint literature in the university. After that the university was established. Marathi and Economics departments were also established first. A separate fund has been made available in the university budget for the compilation of Saint literature collections. or L. Kulkarni, you and Dr. U. m. Three of us as Pathans were working in the Marathi department. Dr. U. m. Worked with Pathan for three decades from 1960 to 1990. The three of us were working in the Marathi department with great cordiality. When there was no politics, Marathi department used to work. Dr. Scholar of Pathan medieval literature. He was worried that if Dr. How much cooperation will the Pathans get if they go and collect sacks? The question and fear used to be present in our minds that their religion will not come in the way. But Dr. Pathan dismissed this fear as false. The correctness of his speech, the spread of his saintly literature used to have an impact on the people of the village and they were very happy to Dr. Giving sacks to Pathans.

Dr. Pothya on very original four thousand. Pathan collected in the Marathi section. This is incredible work. Today, however, Dr. About 4,000 Pothyas collected by Pathan have been moved from the Marathi section to the library. Let alone its rewriting, publication, research, but they are stuck there and no one regrets it. Rasal drew attention to the overall affairs of the university. Dr. who diligently compiled Pothya and cultivated its literary quality. Dr. also said that the university did not realize the importance of Pathan. Rasal said. Dr. Pathan was conferred the 10th Bhagwanrao Lomte Memorial Award by Yashwantrao Chavan Memorial Committee of Ambajogai here on Monday. Rasal Haste and MSAP President Kautikrao Thale Patil presided over. In this program Dr. Rasal expressed his regret on the current affairs of the university and made an overall review. Principal Thale Patil also Dr. Rasal, Va. L. Kulkarni and Dr. Explained the importance of Marathi division during Pathan’s time.

Discuss because of controversy

The university has been in the limelight due to many controversies. Interim Management Council, Adhi Sabha Member and Vice-Chancellor Dr. There was a dispute between Pramod Yewley. The members of the management council and general assembly held a press conference and publicly accused the vice-chancellor. The Vice-Chancellor has recently taken action against the colleges which are failing to provide basic facilities in the four districts that come under the university. The student union was also seen getting aggressive last week as big boards of the leaders of certain parties were being put up in the university alleging that politics is being fueled in the university. The statue of Chhatrapati Shivaji Maharaj was unveiled by the Chief Minister in the university last week. Controversy also arose over the invitation card of this event. Names of unrelated ministers were published on the leaflets excluding the names of the local people’s representatives. After a controversy broke out over it, on the morning of the program, a new leaflet was printed and the names of the people’s representatives who had been excluded were again taken on the leaflet.

pm modi launches 5g, 5G Connectivity: Does your phone support 5G or not? Follow these steps to confirm if devices supports 5g or...

Putin has announced the merger of the four regions, but his grip on them may be tenuousTAZAA News

What is Jio Glass and how it helps users. Sangbad PratidinTAZAA News

pm modi launches 5g, 5G Connectivity: Does your phone support 5G or not? Follow these steps to confirm if devices supports 5g or...

Putin has announced the merger of the four regions, but his grip on them may be tenuousTAZAA News

What is Jio Glass and how it helps users. Sangbad PratidinTAZAA News

Those who use our land against Pakistan will be prosecuted for sedition: Afghan Taliban TAZAA News