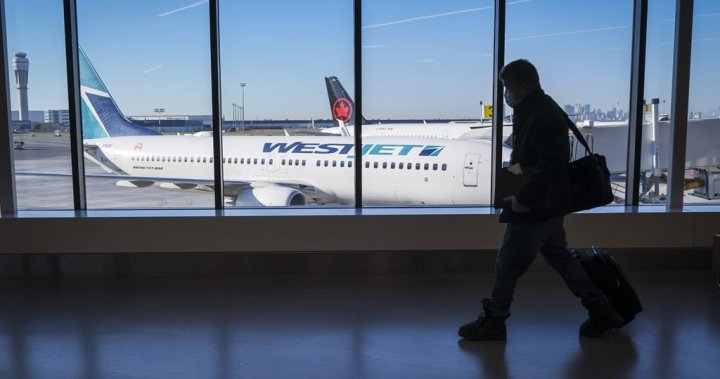 WestJet is dropping several routes from Halifax this winter.

The Calgary-based carrier will cease flights between Halifax and Montreal as of October 28.

The airline said non-stop flights from Halifax to Calgary, Edmonton and Toronto will continue throughout the winter season.

On Nov. 15, WestJet flights between Fredericton and Toronto, Charlottetown and Toronto, and Quebec City and Toronto will also be suspended, as confirmed earlier this summer.

WestJet will fight the passenger compensation ruling in a court filing

“We understand this is disappointing news and we apologize for any disruption to our guests and communities,” WestJet Chief Commercial Officer John Weatherill said in a statement.

The company said affected customers have been informed of the route suspensions and can book alternative travel arrangements or receive a refund.

There is no word yet on when service of the discontinued routes will resume as WestJet continues to weigh the company’s growth against cost-competitive sources and fleet growth.

Weatherill said the decision was difficult but would help in the long run as the airline shifts its eastern routes to sun and leisure destinations.

Earlier this summer, WestJet announced plans to focus future investments on Western Canada, where it holds the majority of its market share.

This report was originally published by The Canadian Press on September 16, 2022.

SC verdict on abortions, marital ‘rape’ is another blow to the institution of marriage TAZAA News

SC verdict on abortions, marital ‘rape’ is another blow to the institution of marriage TAZAA News

A TikToker spotted every team’s plot ever TAZAA News