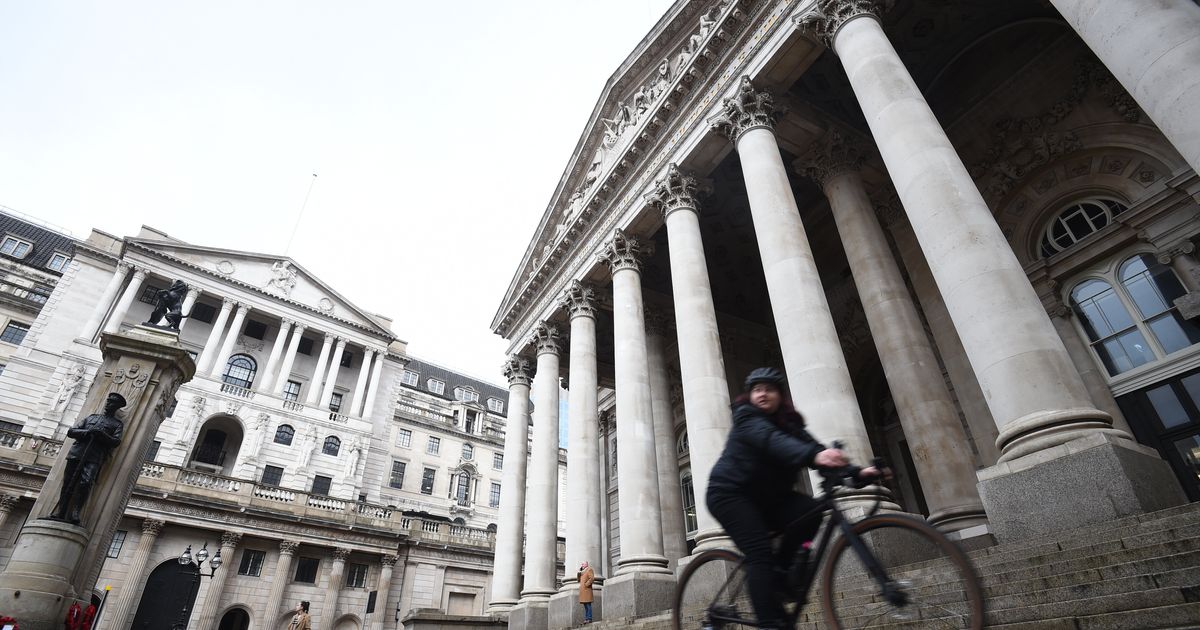 Raising and lowering interest rates is a blunt instrument used by central banks to control economies.

Increasing the “base” rate increases the cost of borrowing, making both credit and investment more expensive. The idea is to put the brakes on the economy and curb the prices of goods and services known as inflation.

Lowering rates is an attempt to have the opposite effect – stimulating growth and encouraging investment by making borrowing cheaper.

On Thursday, the Bank of England – the UK’s central bank – said it would raise interest rates by 0.5 percentage points to 2.25%.

This marks the seventh consecutive hike since December last year, with analysts confident that more hikes could follow the move. It also indicated that it believed the economy was already in recession.

In a sign of trouble in the economy, rates are now at their highest level since 2008, as the banking collapse forced monetary policymakers to cut the cost of borrowing.

What this means for households and why any gains will be modest.

Why are rates rising so much?

The Bank of England is tasked with keeping inflation under control, aiming for 2% a year.

But inflation has started to run rampant in recent months. It hit 9.9% in August, and despite government moves to freeze fuel bills, a new forecast from the bank is likely to hit a new 40-year high of “just under 11%”.

Members of the Bank’s Monetary Policy Committee (MPC) said on Thursday that inflation is likely to remain high following fuel support for households, which will increase the spending power of many people.

But by raising interest rates, the bank makes it more expensive to borrow money, so people are more likely to spend less.

If people – and businesses – have to spend less, demand will fall and prices will fall, or at least rise will be slower.

How will the increase in interest rates affect people?

The most obvious effect is that it becomes more expensive for people to pay off their mortgages.

People taking out new loans will soon be quoted a higher interest rate as a result of changing banks.

And those renegotiating their mortgages face bigger bills than ever before.

According to the trade association UK Finance, the rate rise will see mortgage borrowers tracking their direct base rate pay rise by an average of £49 a month, up almost £600 a year.

This Tory government has lost control of the economy.

By putting such huge unfunded and unspent amounts on loan they are driving up mortgage costs for everyone.

Their careless attitude is a huge danger to the family economy.

Figures showed that a borrower sitting on their lender’s standard variable rate (SVR) would typically see a monthly increase of less than £31, adding up to £370 a year.

Almost four-quarters (78%) of residential mortgages are fixed rates, meaning these borrowers will not see the immediate impact of a bank base rate hike.

However, if they’ve been safely locked into their home loan for a while, they could be in for a shock when they eventually re-mortgage. A year ago, it was possible to get an interest rate of less than 1% for two or five years. Even the best deals now are between 4% and 4.5%.

People with other types of debt also feel the pressure.

Anyone who already has a fixed-rate personal loan, credit card or car loan will not be affected as their loan terms have already been agreed.

But new borrowers shopping for credit may find the cost of debt high. The cost of borrowing on a credit card is already rising, with the average credit card purchase APR (which includes card fees) rising to an “all-time high” of 29.6% APR.

Why is the cost of living increasing so much?

Inflation is a measure of how much the price of goods the average household buys is changing, a cost-of-living crisis triggered by the war in Ukraine, where wages are failing to keep pace.

Inflation is likely to peak in October, largely due to the amount people pay for the energy they use to run their homes. Fuel prices will contribute about 40% of the bank’s expected inflation in October.

However, the decision by Liz Truss’ new government to freeze energy bills at £2,500 for the average household has highlighted that inflation will not be as high as previously thought.

Who benefits from the increase in interest rates?

Savers will benefit little from a rate hike as banks that keep their money with them are likely to increase the amount of interest they pay on deposits.

According to Moneyfacts.co.uk, average rates offered on some savings accounts have reached their highest level in almost a decade.

However, most savings accounts have yet to lift their rates toward the levels of interest rate hikes.

Alice Hine, personal finance analyst at BestInvest, said: “Banks and building societies are quick to apply higher rates on loans, but they are a little slower to deliver good news to savers.”

The effect of increased interest earned by savers is more than offset by inflation, which more than reduces savings.

Ban on ‘PFI’, major crackdown for links to ISIS; There was an assassination plot in Maharashtra too – Marathi News | Ban...

Ban on ‘PFI’, major crackdown for links to ISIS; There was an assassination plot in Maharashtra too – Marathi News | Ban...